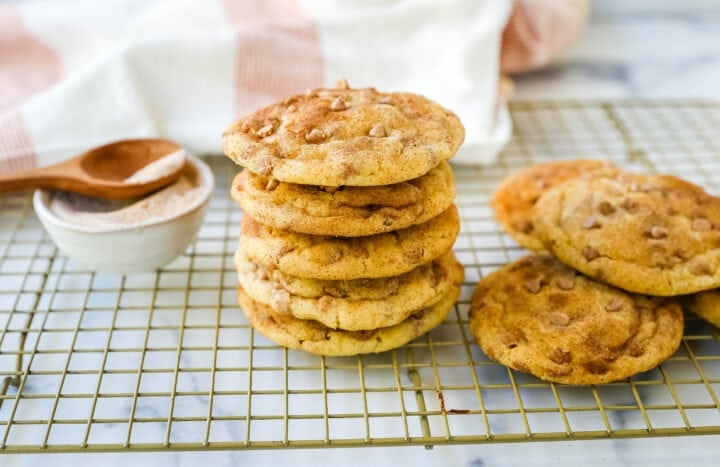 One of the most popular recipes on Modern Honey is my famous snickerdoodle cookie recipe. This recipe has been passed down in my family for so many years and it has been go-to cinnamon sugar snickerdoodle recipe since I was a little girl. I find that is almost universally popular.

When I saw cinnamon chips, I knew that I had to have them to create the ultimate Cinnamon Chip Cookie. It is such a soft, chewy cookie with the perfect amount of cinnamon and sugar.

This Cinnamon Chip Cookie Recipe is perfect for Fall and the holidays coming up and will make the perfect addition to any cookie box or goodie plate. This is basically a snickerdoodle cookie with cinnamon chips! 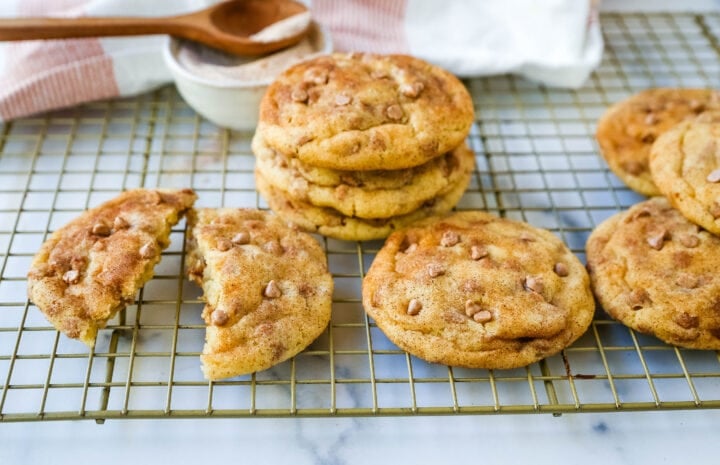 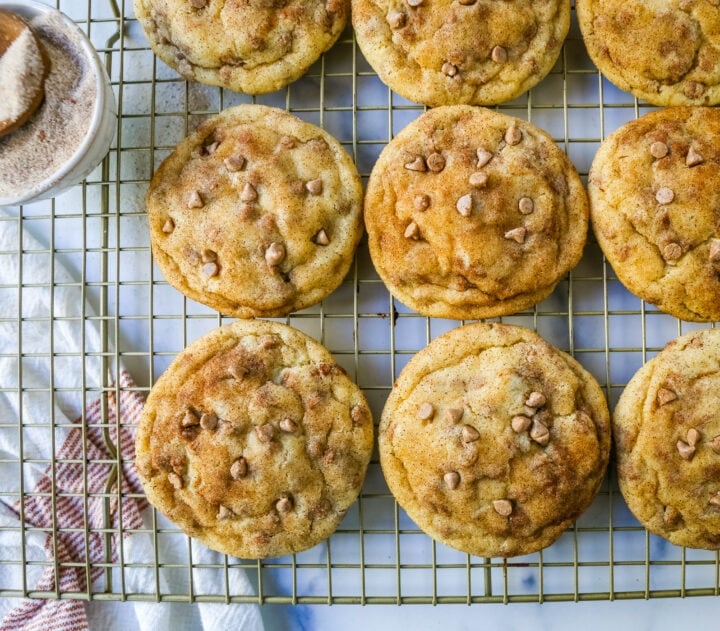 As soon as the cookies cool, place in an air-tight sealed container.

My favorite light-colored baking pans are the USA Baking Pans or Nordicware. I love to use these pre-cut parchment paper sheets.

Don't overbake the cookies! These should be soft and chewy so watch them carefully.

Question 1: Where do I find cinnamon chips?
Cinnamon Chips can be found in the baking aisle at your local grocery store. I have found the Hershey's brand at stores like Target and Walmart. I bought the cinnamon chips used in this recipe at Orson Gygi, a gourmet grocery store. They run about $2.50 per package. 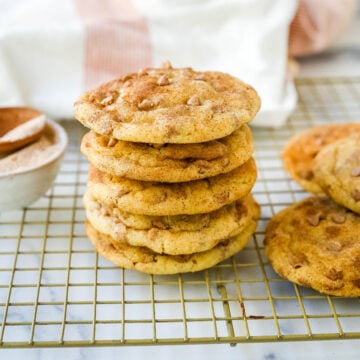 Cinnamon Chips can be found in the baking aisle at your local grocery store or at Target or Walmart. 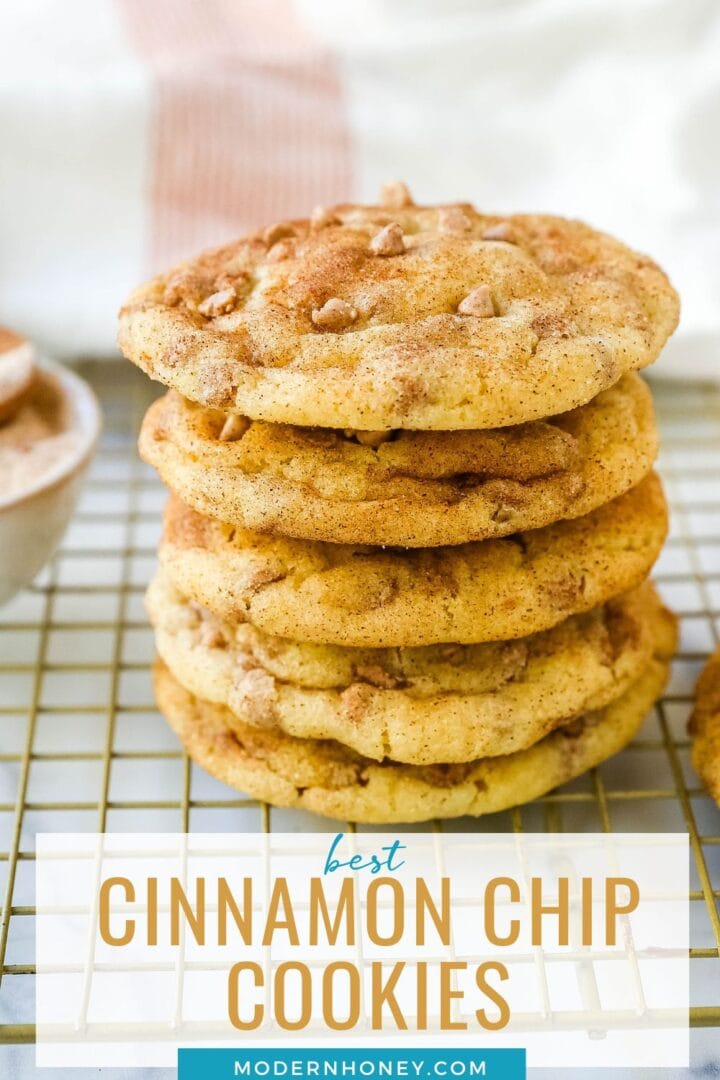 I love to hear from you! If you make this recipe, please be sure to leave a comment and give this recipe a rating. If you make any of my recipes, tag me on Instagram @modern_honey so I can see your creations. It’s one of my favorite things seeing you make these recipes in your own kitchen. Sign up for my newsletter below so you never miss a recipe. Thank you for following along! I truly do have the greatest readers. FOLLOW ME ON:   INSTAGRAM --- FACEBOOK --- PINTEREST