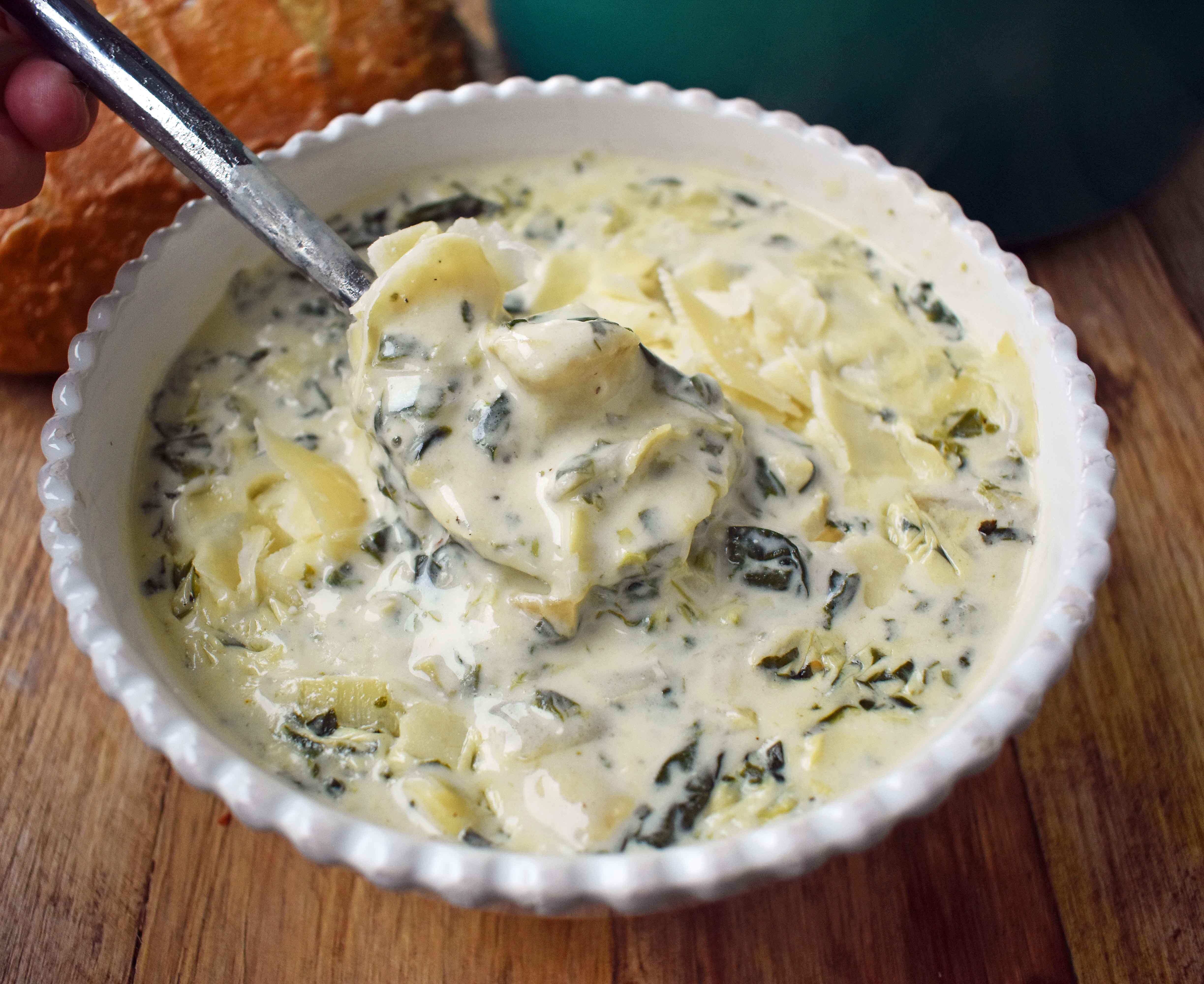 BREAKING NEWS: It is going to rain FOR DAYS in Arizona.

This isn't a joke so please plan accordingly. Do not get on the road. We all know Arizonans don't know how to drive in the rain.

Arizona may be the only place in the nation where when rain is in the forecast, it is the TOP news story. "Here we are reporting live from Gilbert, Arizona where we received an astounding ¼ inch of rain." Epic. Gotta love Arizona. We get a little giddy when it rains. All the kids run outside for a rain dance with no shirts on and teenagers post videos on social media of liquid falling from the sky.

So, since rain is in the forecast, soup is on the dinner menu. However, because my husband Dean has a strict "no soup policy in the summer", we fit in as much soup as possible in the winter. I could eat soup all year long but he believes that it belongs only in the winter and summer is for salads and burgers. He may be right but I think this Creamy Spinach Artichoke Soup can be eaten all day, every day. 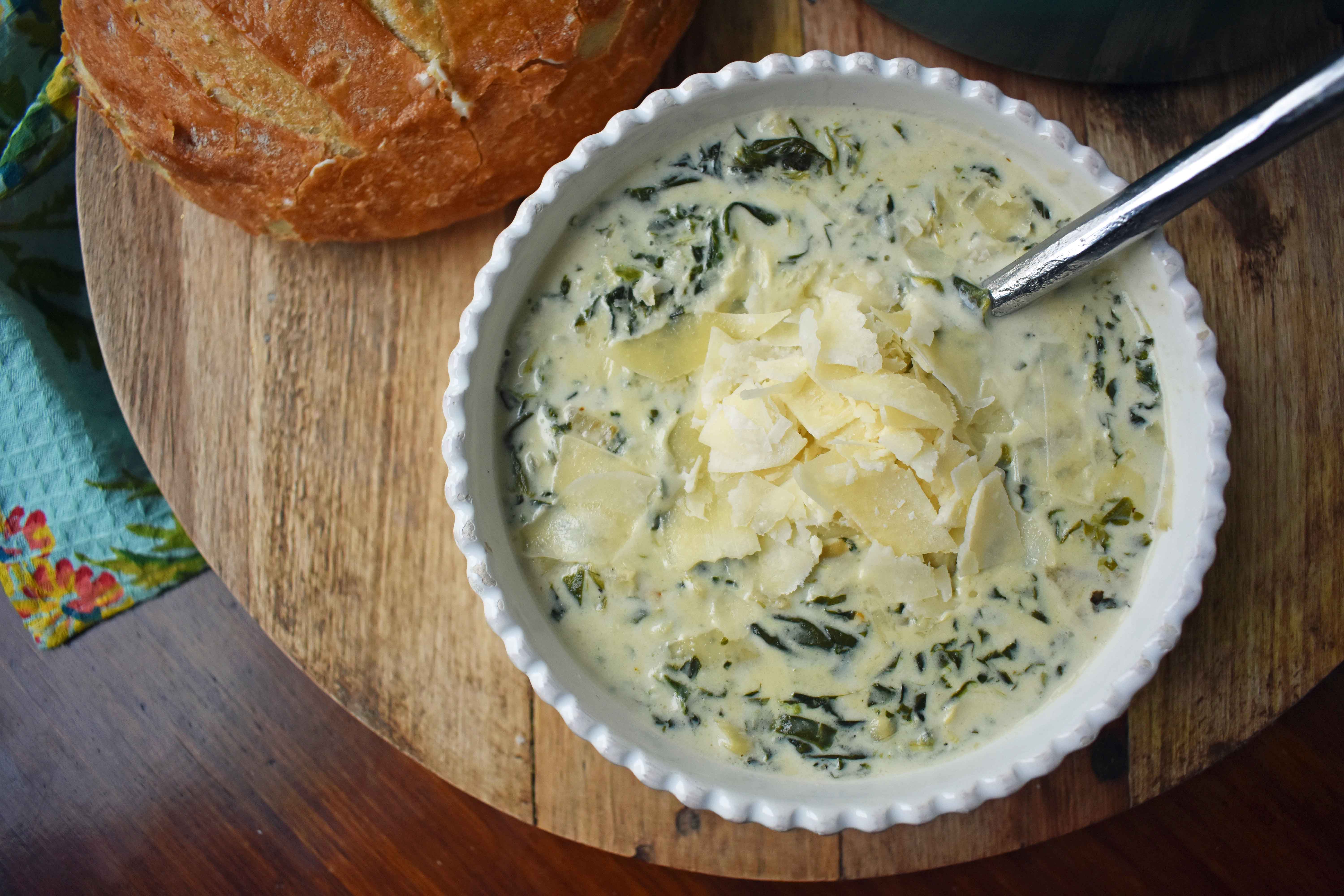 When I was in high school, I discovered the best cream of spinach and artichoke soup at a local cafe called Cracker's. Since I was a huge fan of spinach artichoke dip already, the thought of eating it in a soup made me happy. It was so creamy and delicious that it soon had a  massive following. 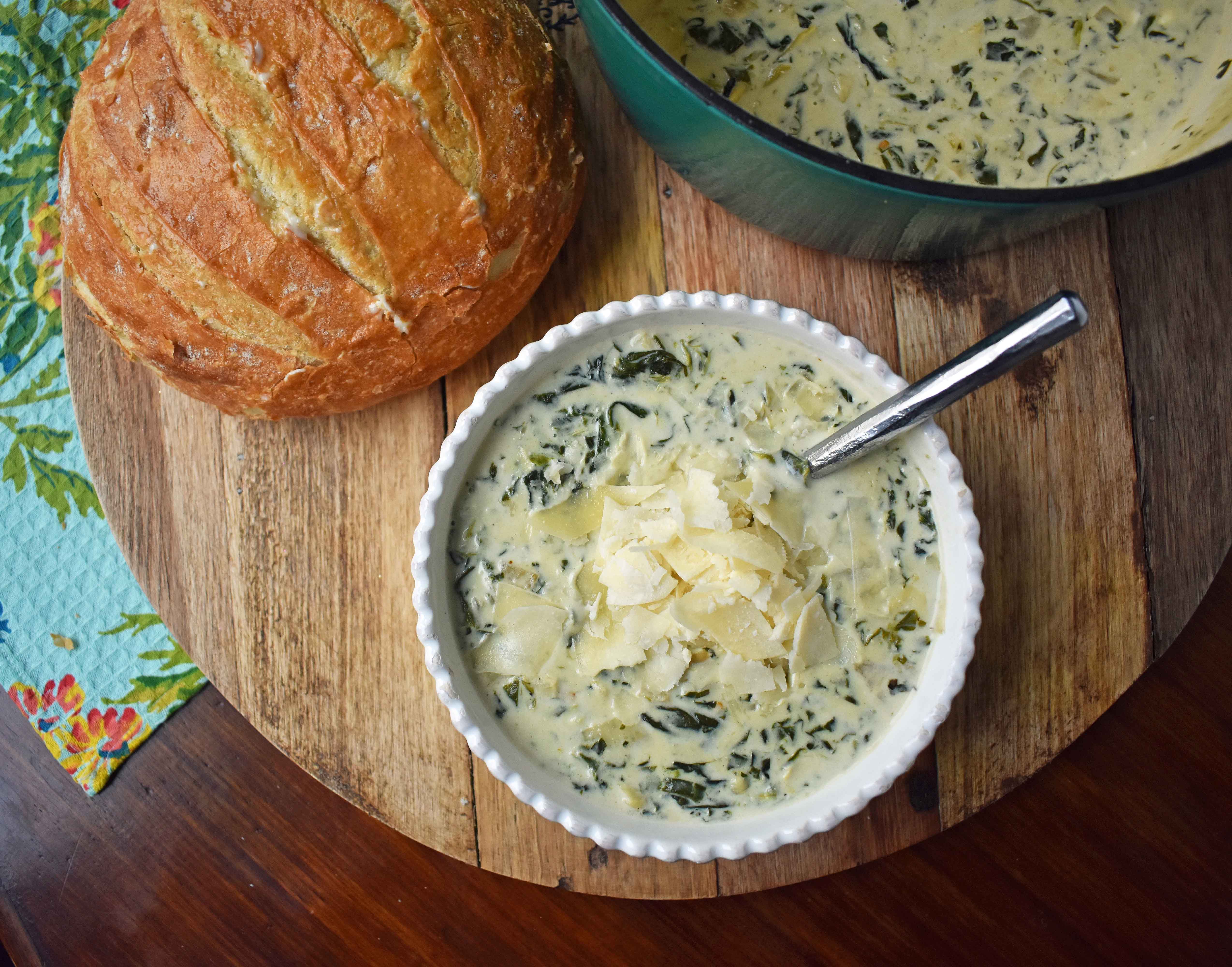 This Creamy Spinach Artichoke Soup is made by sauteing onions and garlic in butter until nice and soft. Frozen spinach is added along with spices and chicken broth.  Artichokes, heavy cream, parmesan cheese and cream cheese round out the soup. How can you go wrong with that list of ingredients? Thank heavens there is spinach in there to balance it all out! 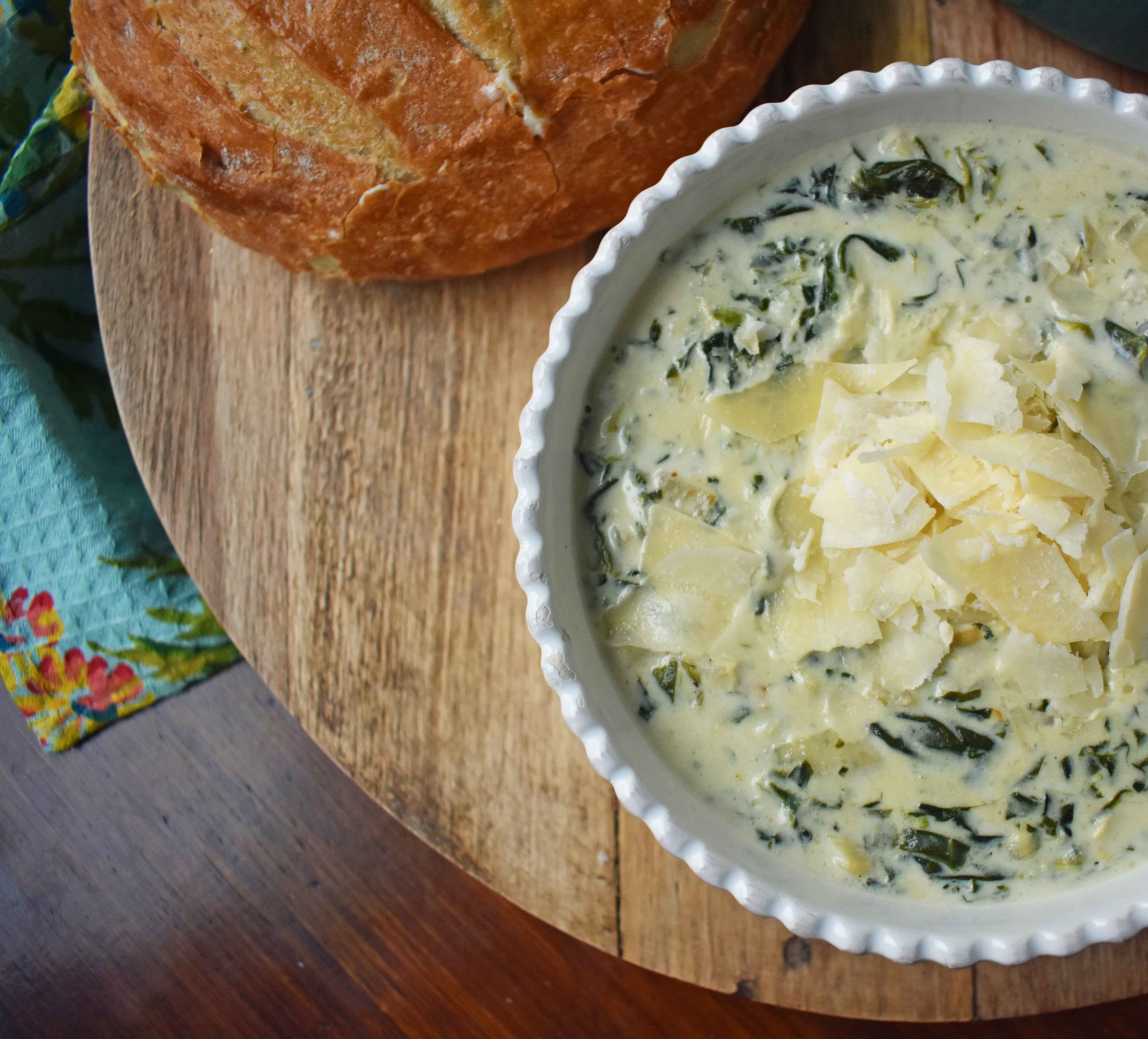 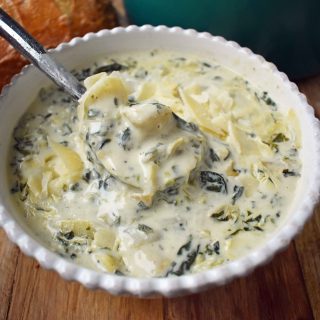 Now, I can eat this copycat version of Cracker's cream of spinach and artichoke soup at home, cuddled in a blanket, watching rain fall from the sky in Arizona. Miracles to exist.