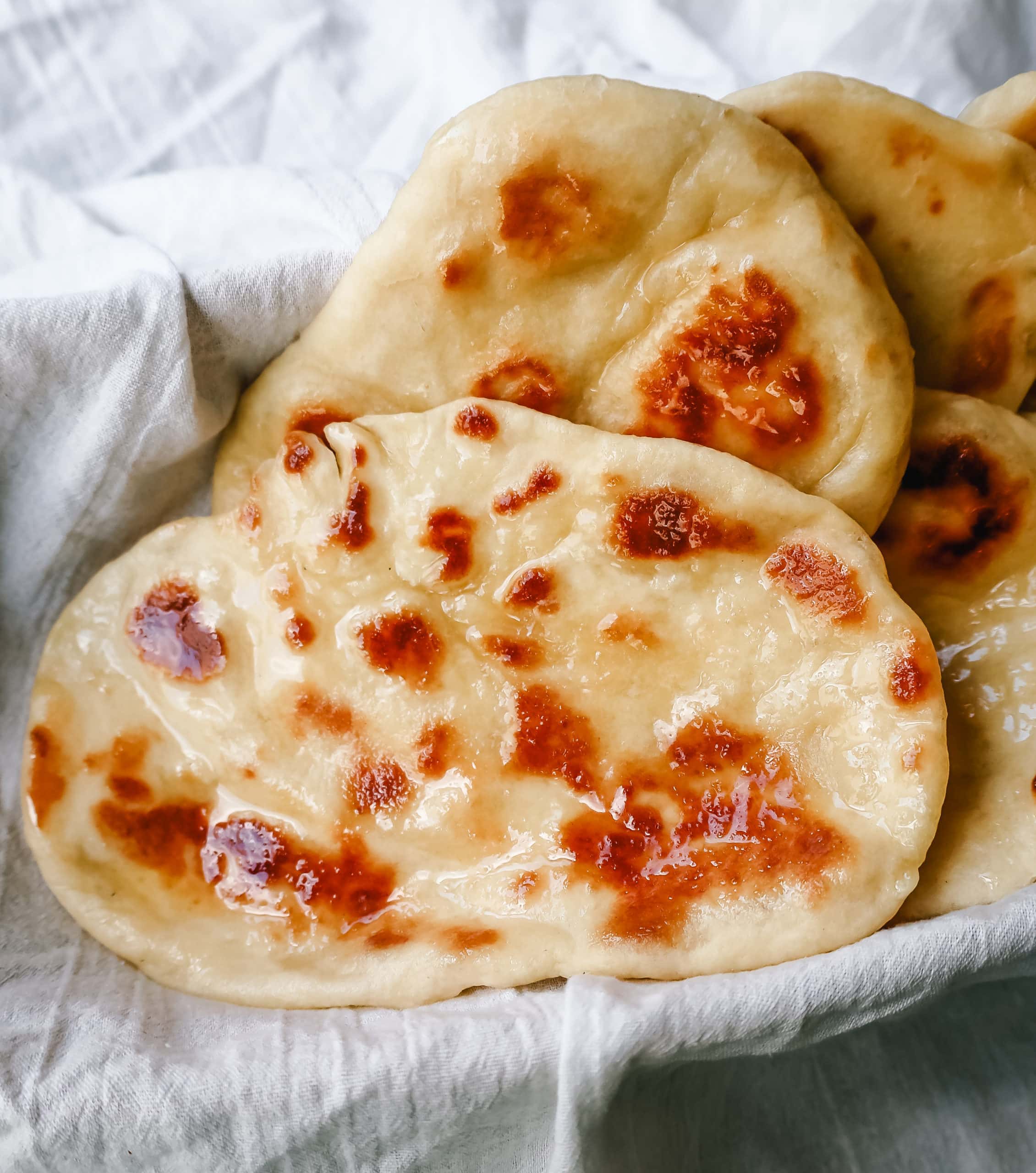 Light, fluffy, buttery homemade Naan bread that is even better than what you find in restaurants.

I grew up with a Mom who made homemade bread every single week. She was always making homemade bread, dinner rolls, cinnamon rolls...you name it...she made it. So my comfort food is definitely bread and butter. It is so simple yet so comforting.

We love Indian food in our home. Some of my kids favorite meals are -- Chicken Tikka Masala and Indian Butter Chicken. So this Homemade Naan Bread is the perfect thing to dip into a big bowl of Tikka Masala Chicken. My husband loves when I double the sauce so he can just use the naan bread to get every bit of sauce from the bowl. 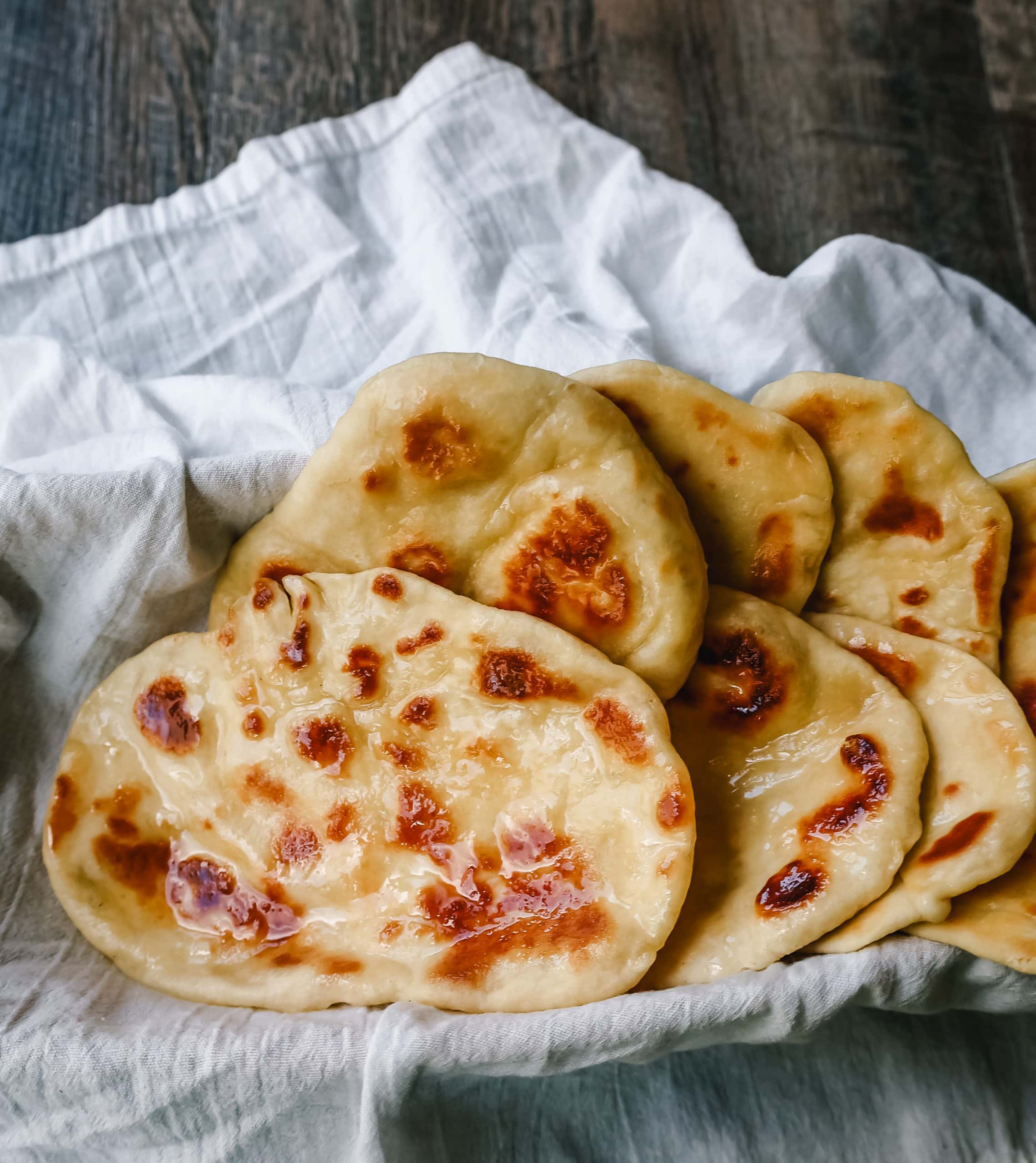 This Homemade Naan bread is so simple and easy! I have tested and re-tested it over and over again to get it just right. Recently, I did an online cooking class with Miele appliances and FeedFeed here in Scottsdale and taught how to make this easy naan bread recipe. So I wanted to make sure to get it just perfect!

I tested the recipe with more water, less water, more flour, less flour, more greek yogurt, less greek yogurt, more oil, less oil, etc. You get the point. I found that the more flour, the denser the naan turned out to be. The less flour and more water, the naan was lighter and bubbled up more. It was a stickier dough but we remedied that with a little flour on the counter.

We even tried cooking this homemade naan bread on gas vs electric stoves. The gas definitely cooked it a little faster. One thing that we found was pretty important was adding oil to the pan before cooking the naan. The oil allowed the naan bread to bubble more and it definitely had more loft to it.

When I order naan bread in restaurants, it is known for its dark, almost blackened, bubbles on the bread. I prefer it to be on the golden brown side rather than too burnt, so I lower the temperature down to medium or medium-low to allow the bread to puff up and cook through without becoming burnt. You are welcome to crank up the heat!

This is the best homemade naan bread recipe out there! It is the lightest, fluffiest, and ultra buttery naan bread. 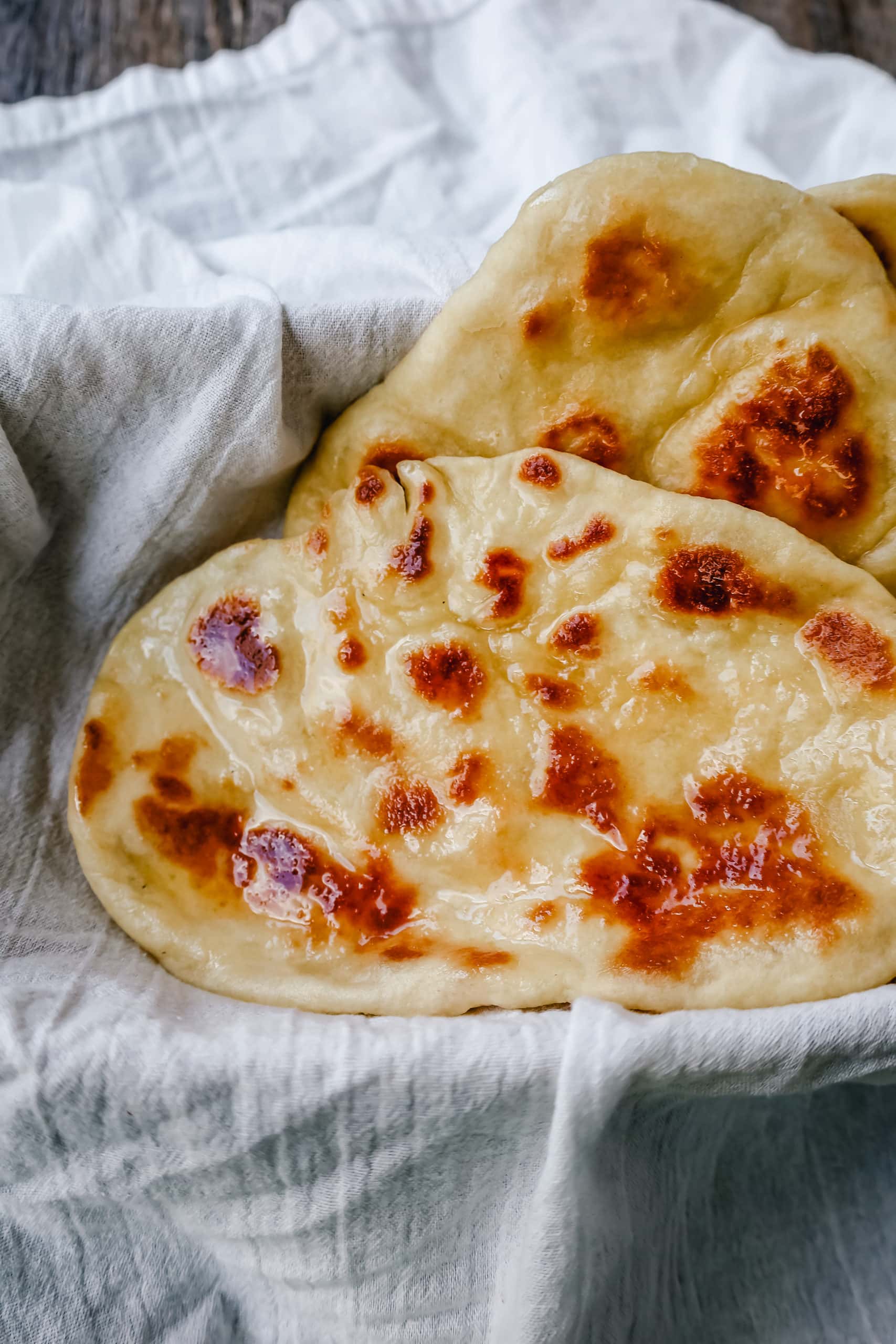 How to make the Best Homemade Naan Bread: 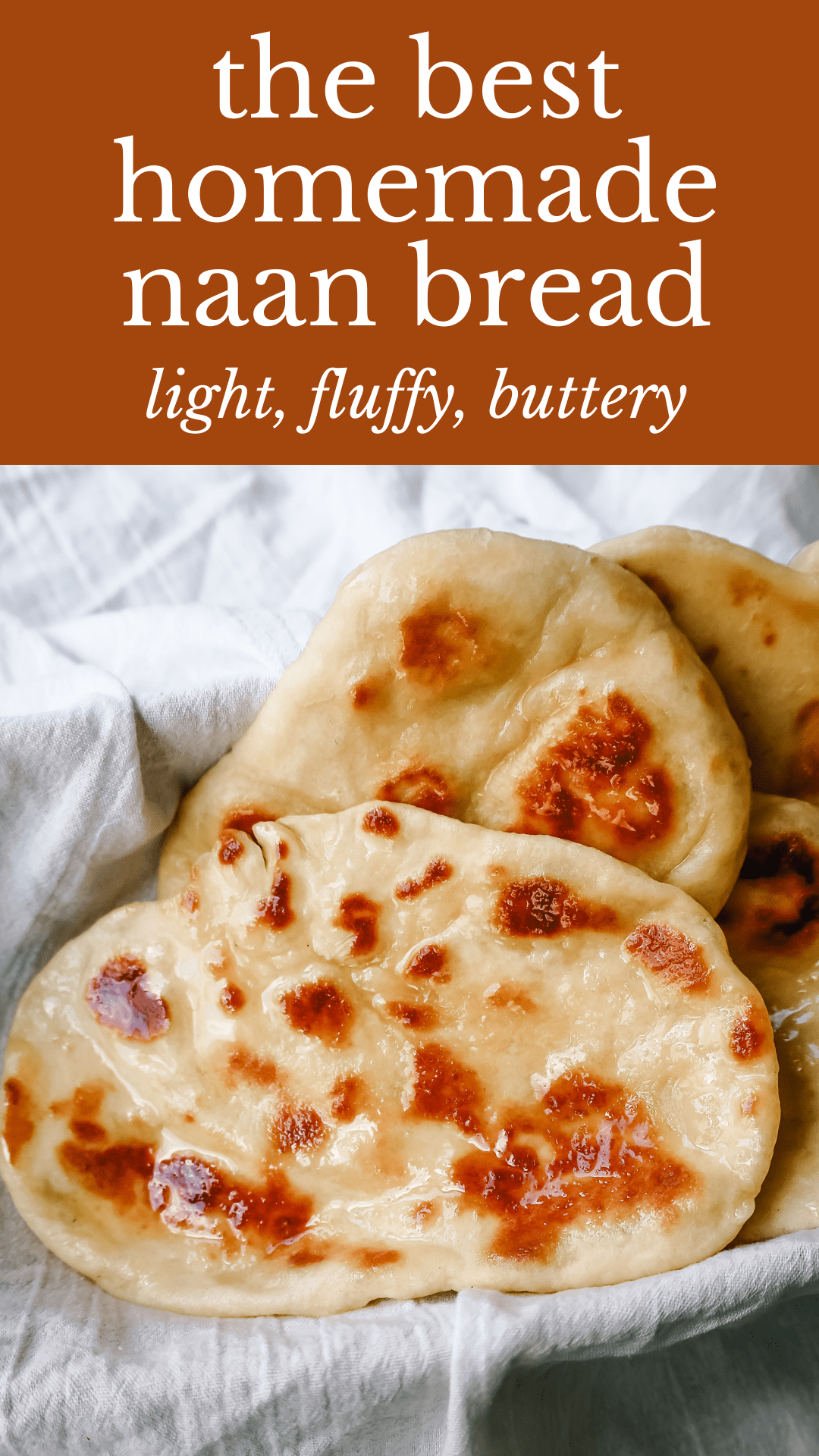 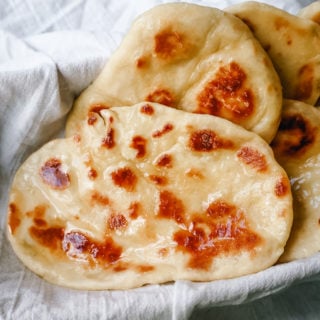