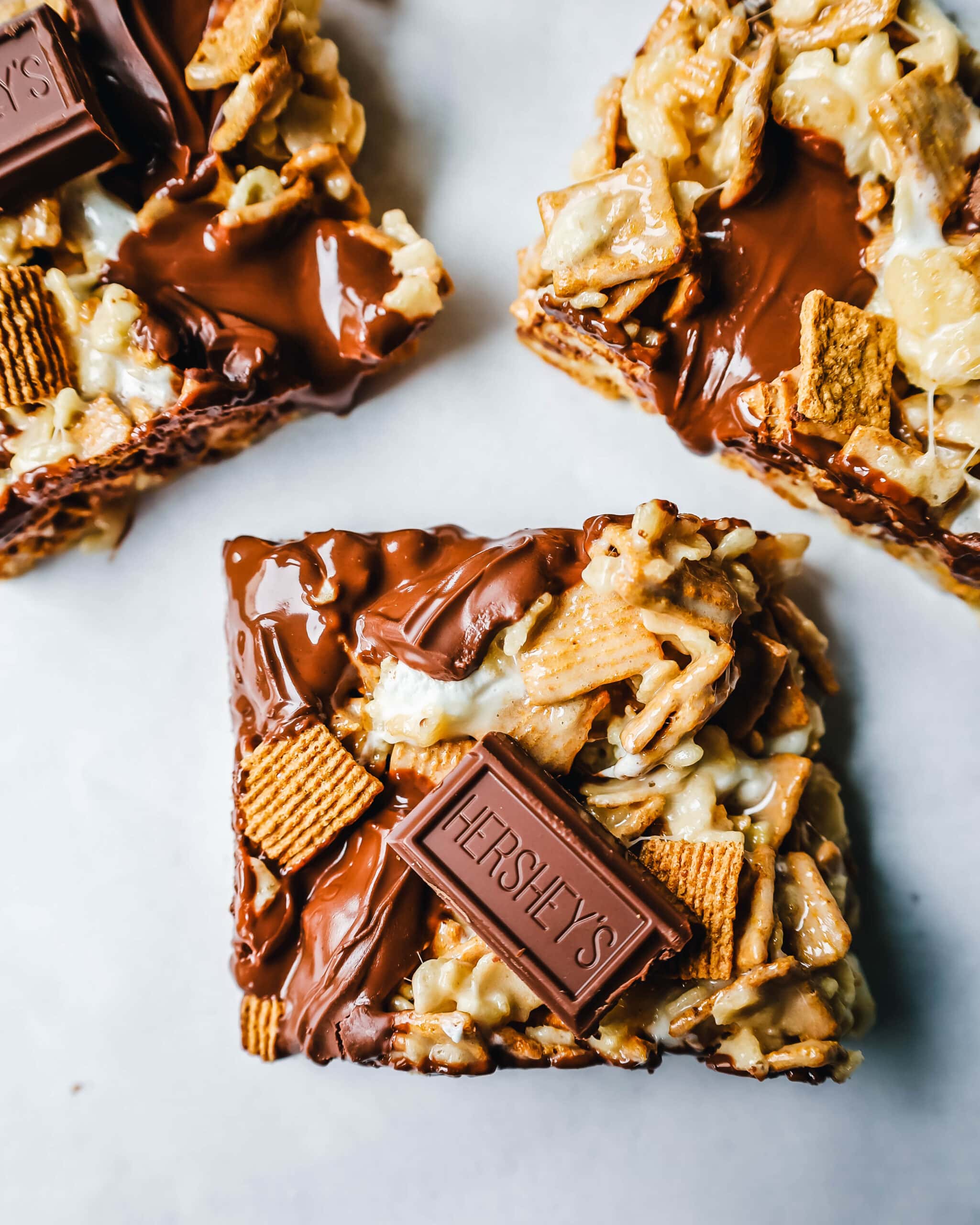 I am beyond excited to share this Golden Graham Rice Krispie Treats Recipe with you! This is literally one of my favorite and easiest dessert recipes for summer and I literally couldn't get it out to you all fast enough!

Since it is Father's Day tomorrow, I wanted to create an easy recipe that kids can make for their Dads because is there anything cuter than kids cooking in the kitchen? I grew up baking up a storm so I love to see other kids use their creativity to do the same! 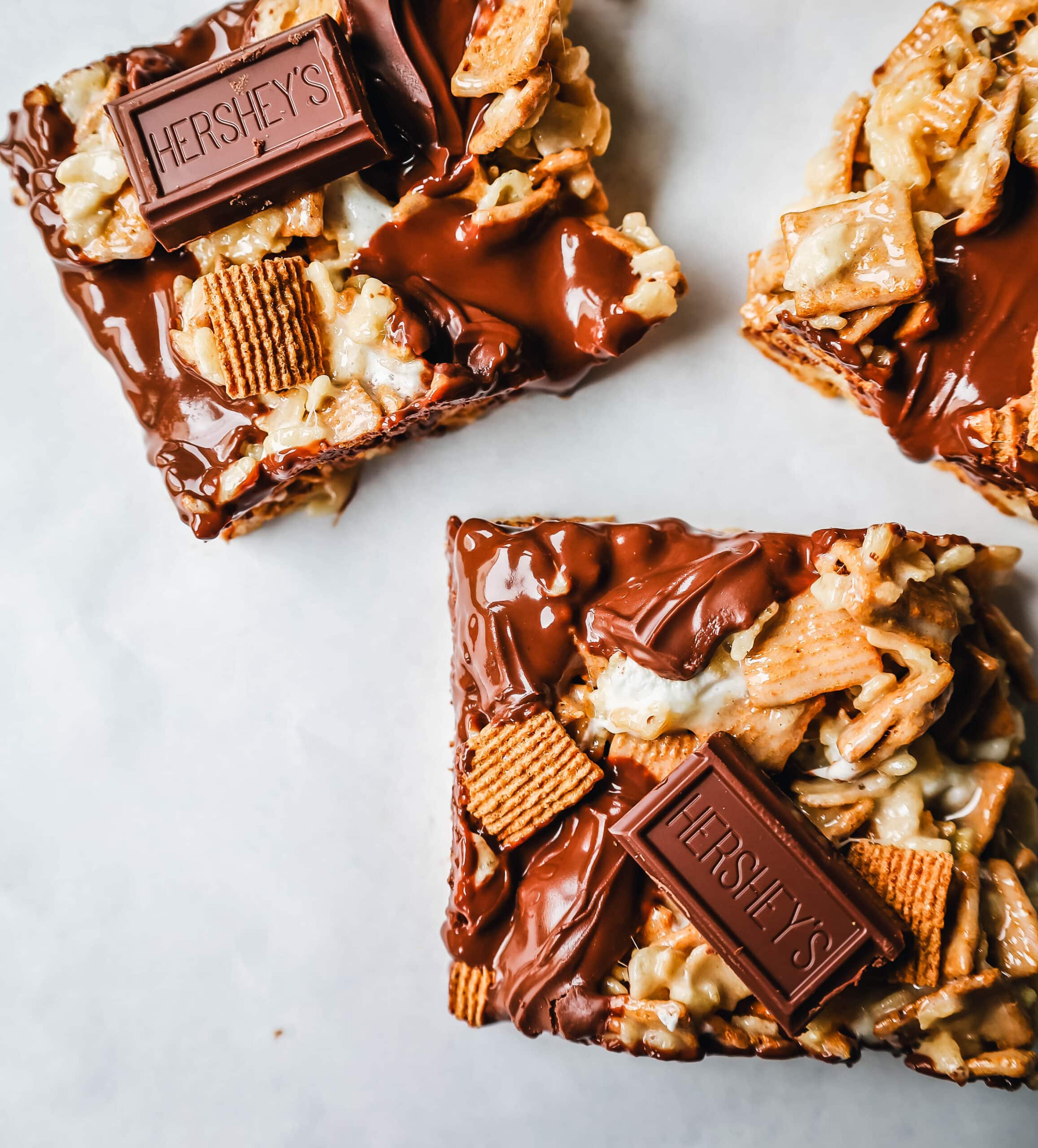 I was brainstorming with my husband about making some rice krispie treat variations and want to do one for summer. I thought a S'more Krispie Treat would be super yummy for summer. I decided to swap out the Rice Krispie Cereal for Golden Grahams but I was worried about the Golden Grahams being too hard and crunchy and also overwhelmingly sweet.

My super creative husband came up with the idea of doing half Golden Grahams and half Rice Krispies cereal. This way you get the best of both worlds! The Golden Grahams taste like a graham cracker so it is the perfect base for these S'mores Treat Bars. 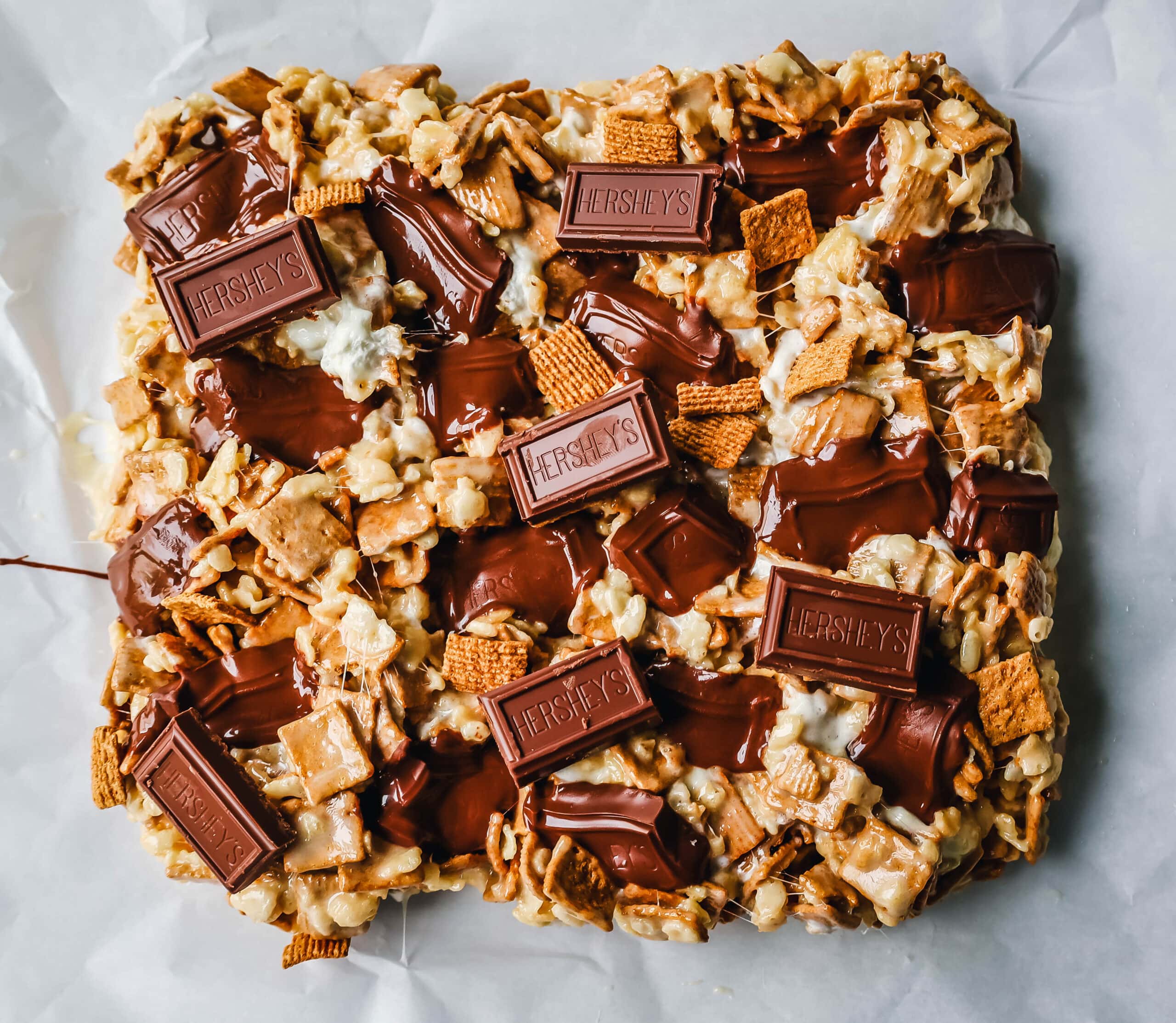 The secret to making delicious Rice Krispies Treats that are soft and chewy is to make sure you add a lot of marshmallows! You want them to be ooey gooey so we add a good amount of marshmallows and butter as the base. 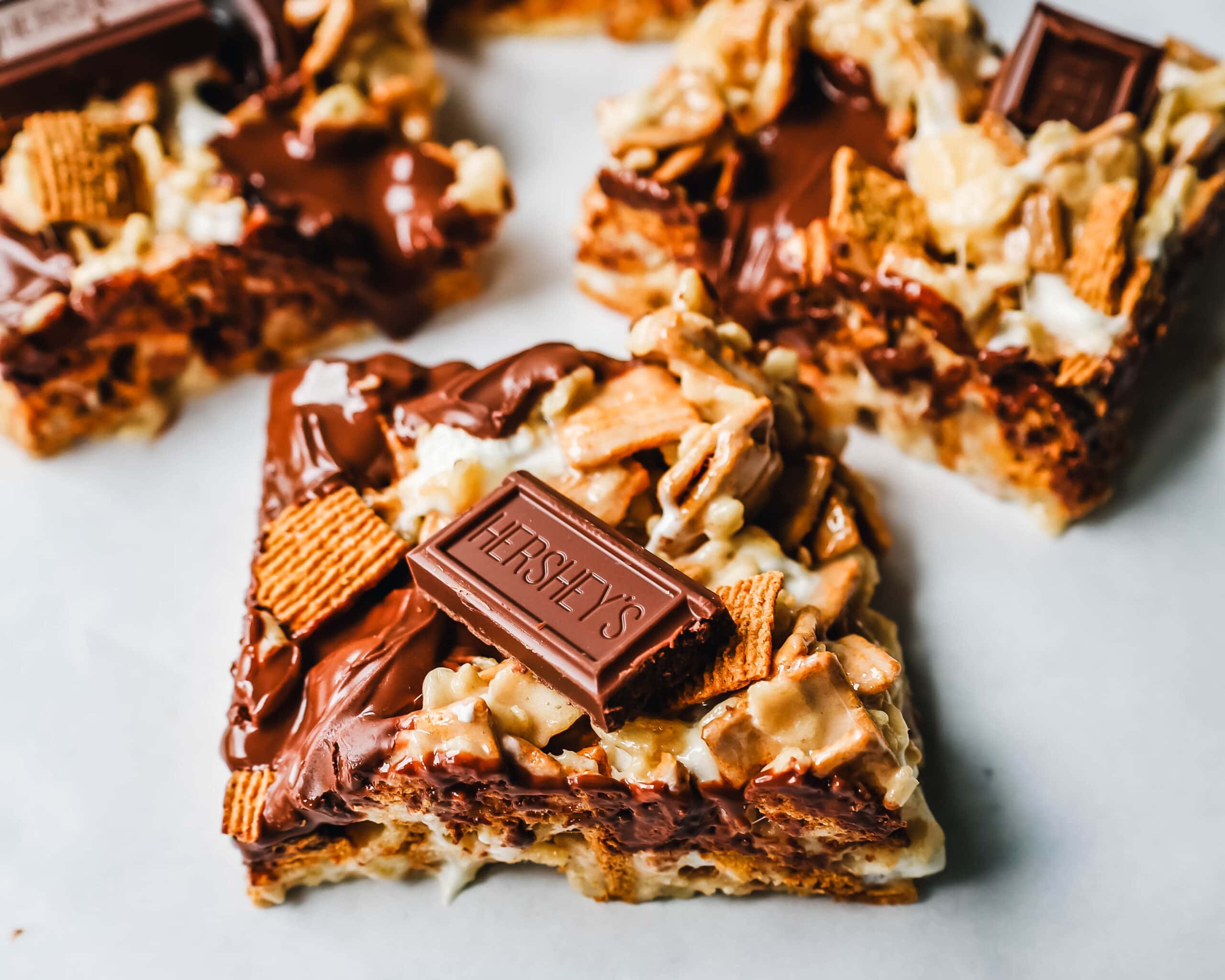 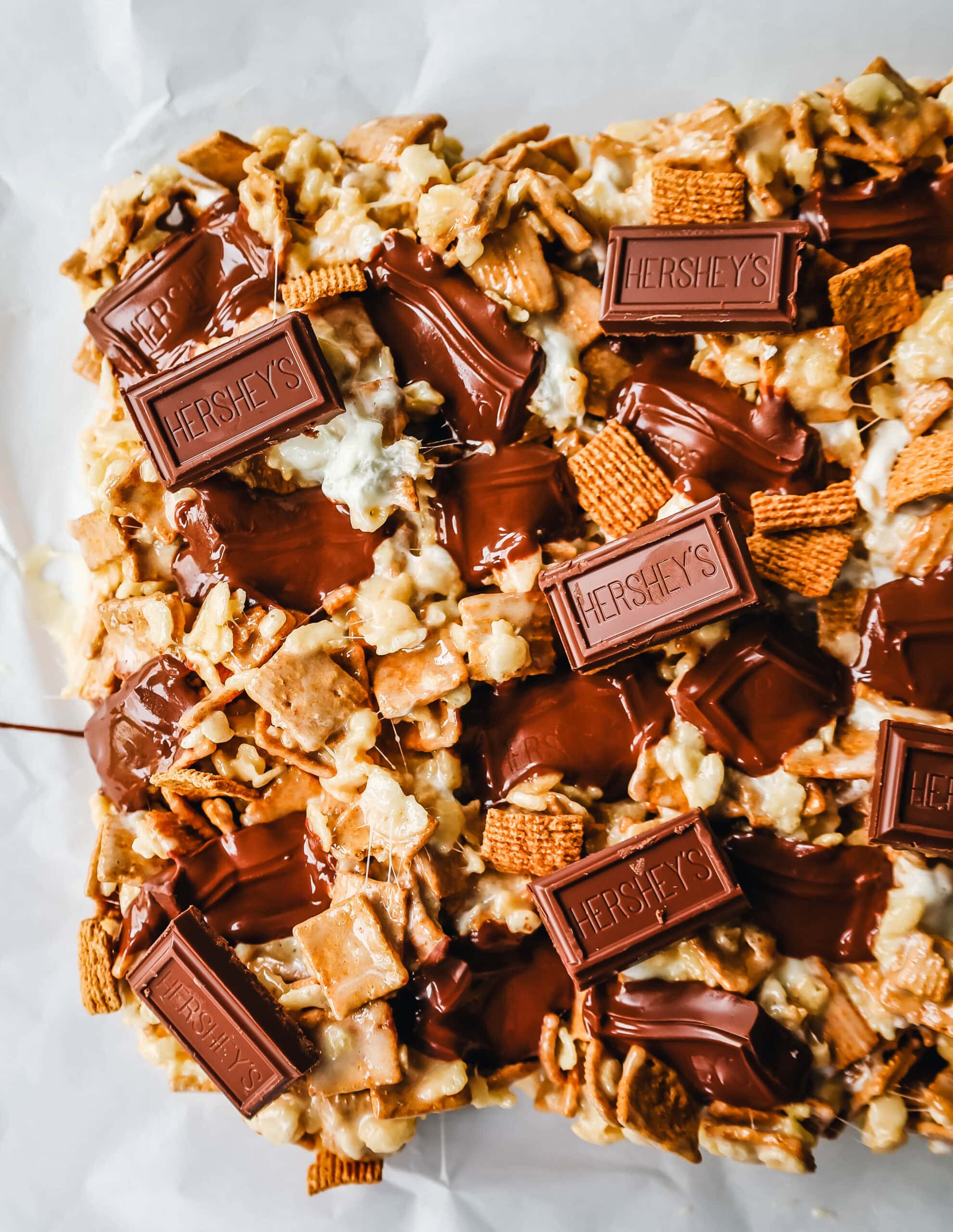 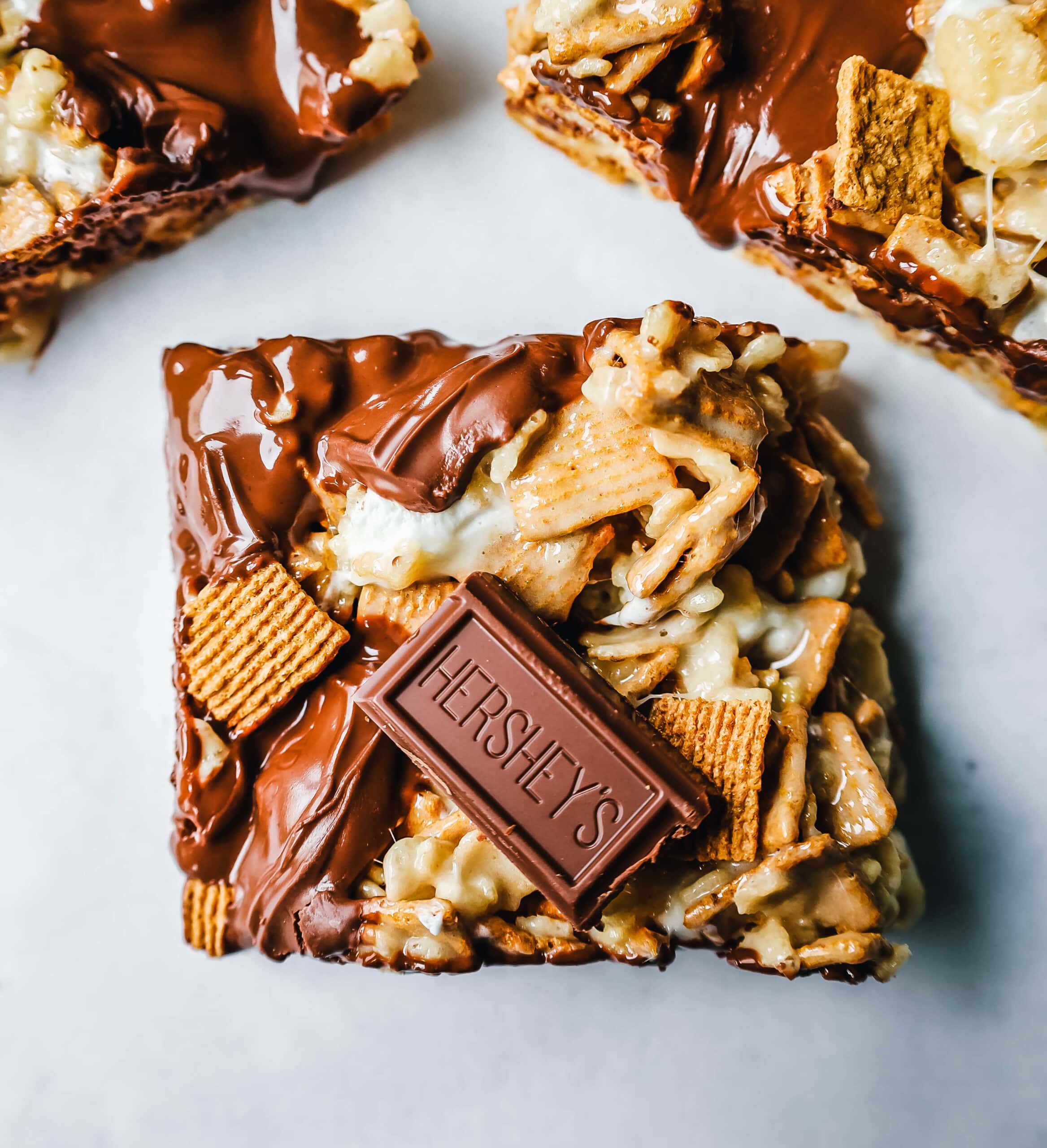 I can't wait to hear how much you love these Rice Krispie Treats with Golden Grahams, Chocolate, and Marshmallows. I hope they become a family favorite recipe. Thank you for following Modern Honey!

If you love this Golden Grahams S'mores Treats Recipe, share the recipe with your friends and family by pinning the photo below. Thank you for sharing! 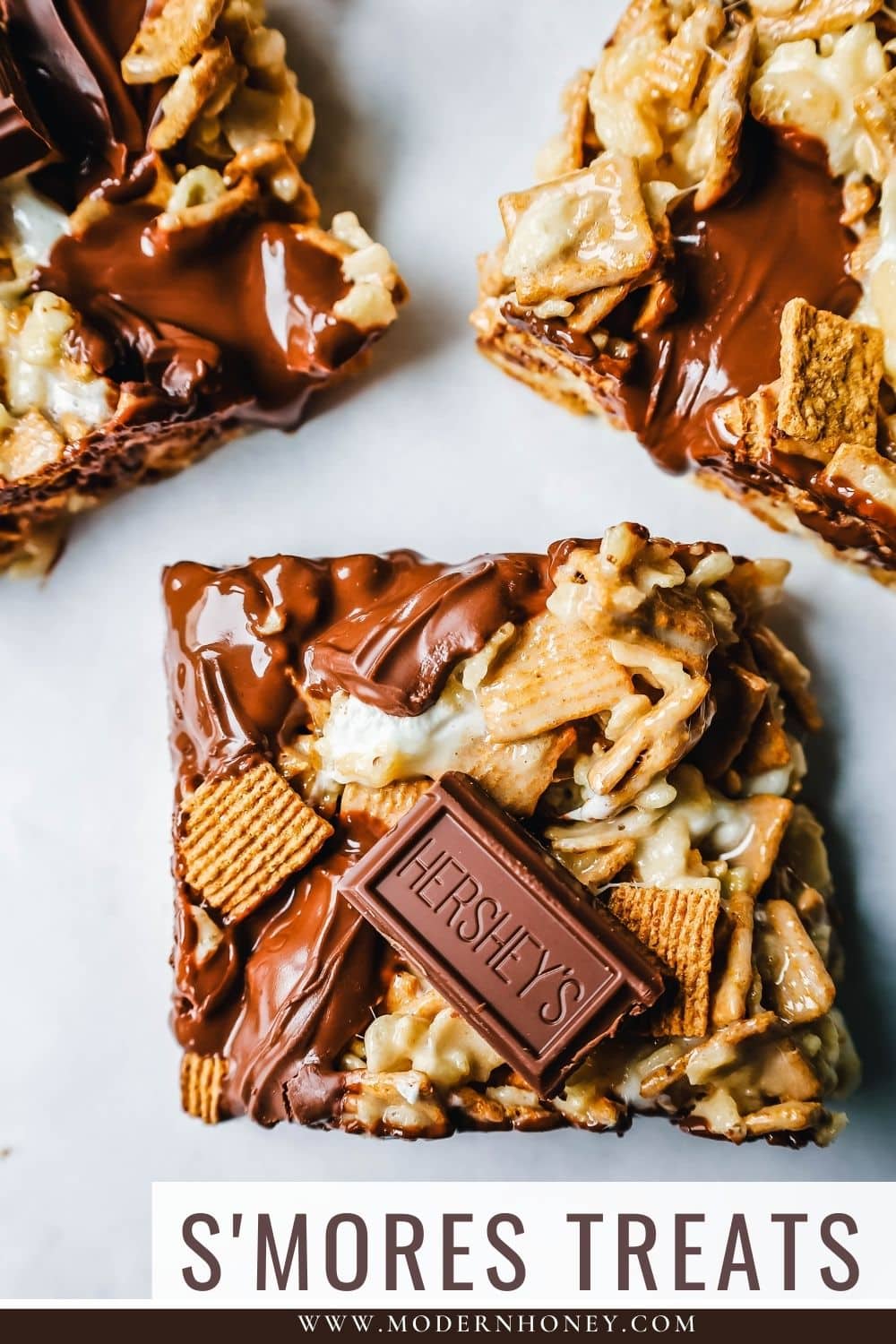