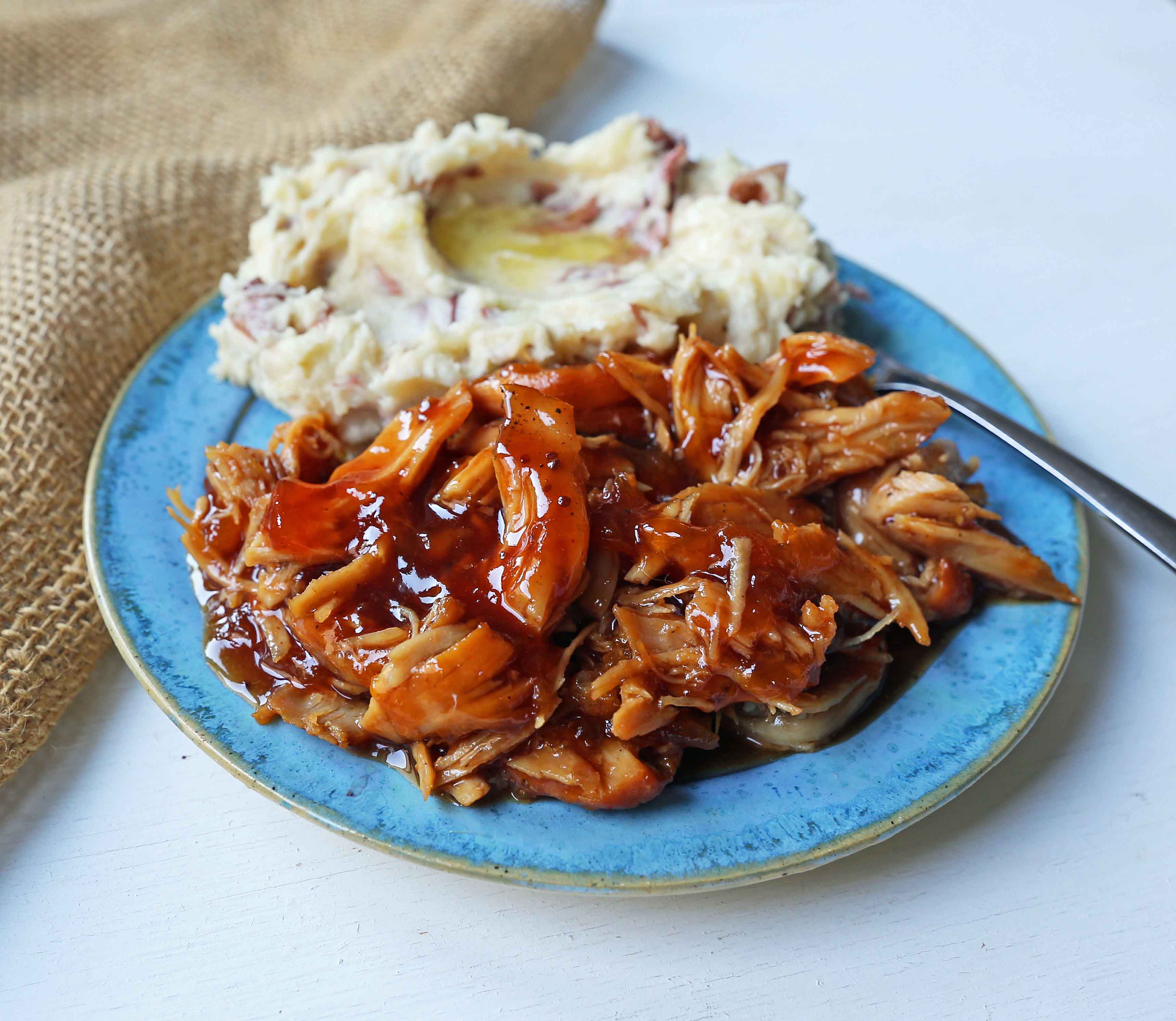 5-ingredient EASY slow cooker meal with tender chicken breasts coated in a sticky sweet peach barbeque sauce. You don't get easier than this!

This Crockpot Chicken with a Sweet and Smokey Peach Barbecue Sauce is one of the easiest dinners to throw together when time isn't on your side.

This recipe came out of the need for a flavorful and easy dinner recipe. I went into the pantry one morning and stared at the plethora of bottles on my shelves. Sometimes, it looks like a grocery store in my kitchen and that's the way I like it. I started looking around thinking about what I needed to use and what would pair nicely together. Since Dean is a "jam fanatic," there were jars of jam lining our shelves. Since everything peach is on my mind right now since they are in season, I decided to combine a sweet peach jam and a smoky barbecue sauce and pour it on some chicken. Everyone wanted seconds and it became an instant hit! 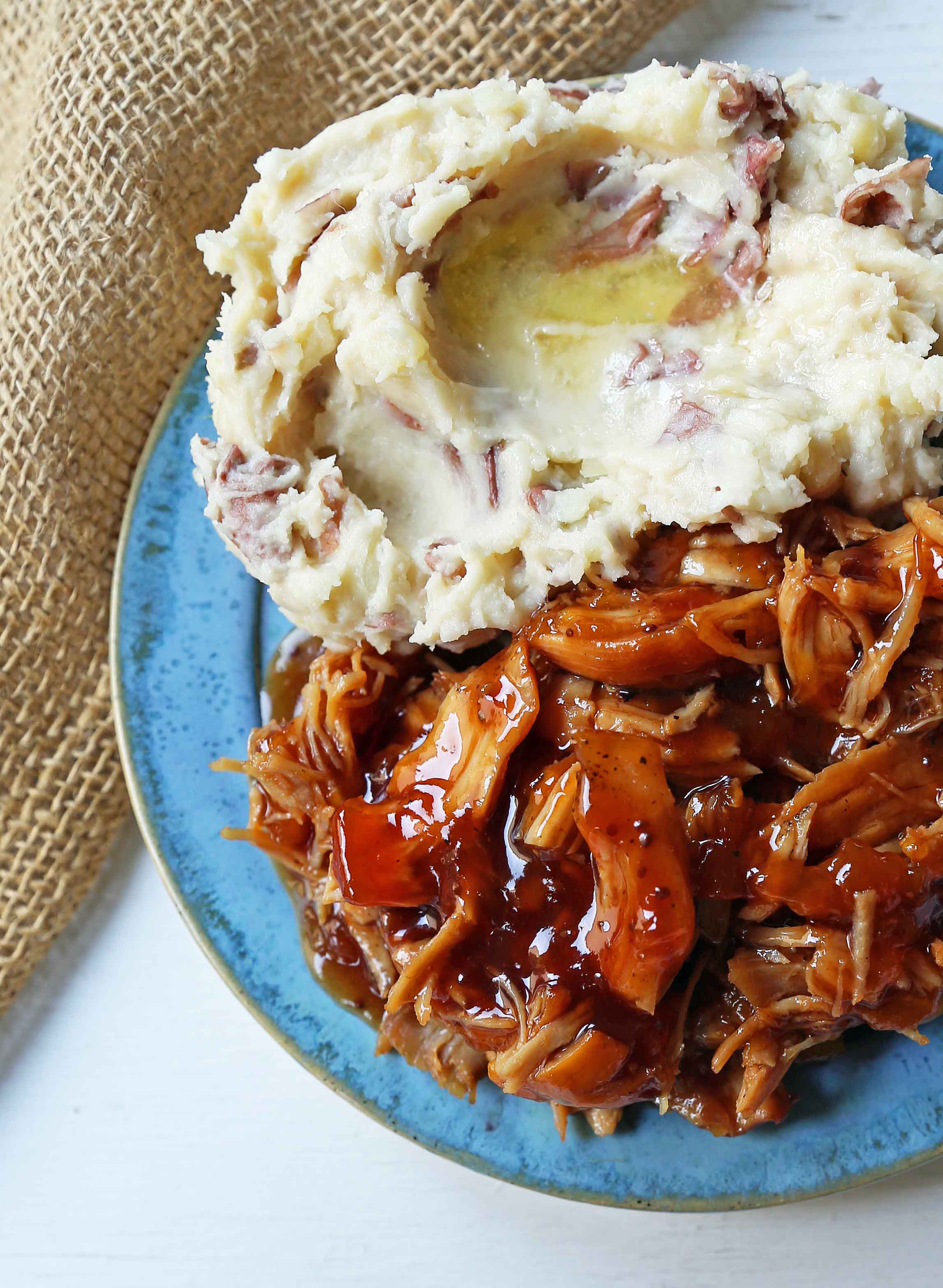 Does it get easier than that? I was going to stop at 3-ingredient Chicken but decided to add a few more flavors. This Slow Cooker Chicken with Sweet Peach BBQ sauce starts off with chicken lightly sprinkled with salt and pepper. The peach bbq sauce is made with peach jam or peach preserves, your favorite barbecue sauce, a touch of mustard, and red chili flakes for a little spice, if you like it that way. You can even use spicy BBQ sauce and then it becomes 4-ingredient Chicken!

How long does it take to cook this Crockpot Chicken with Peach BBQ Sauce?

Can I use Frozen Chicken Breasts?

Can this Chicken with Peach Barbeque Sauce be cooked in the oven? 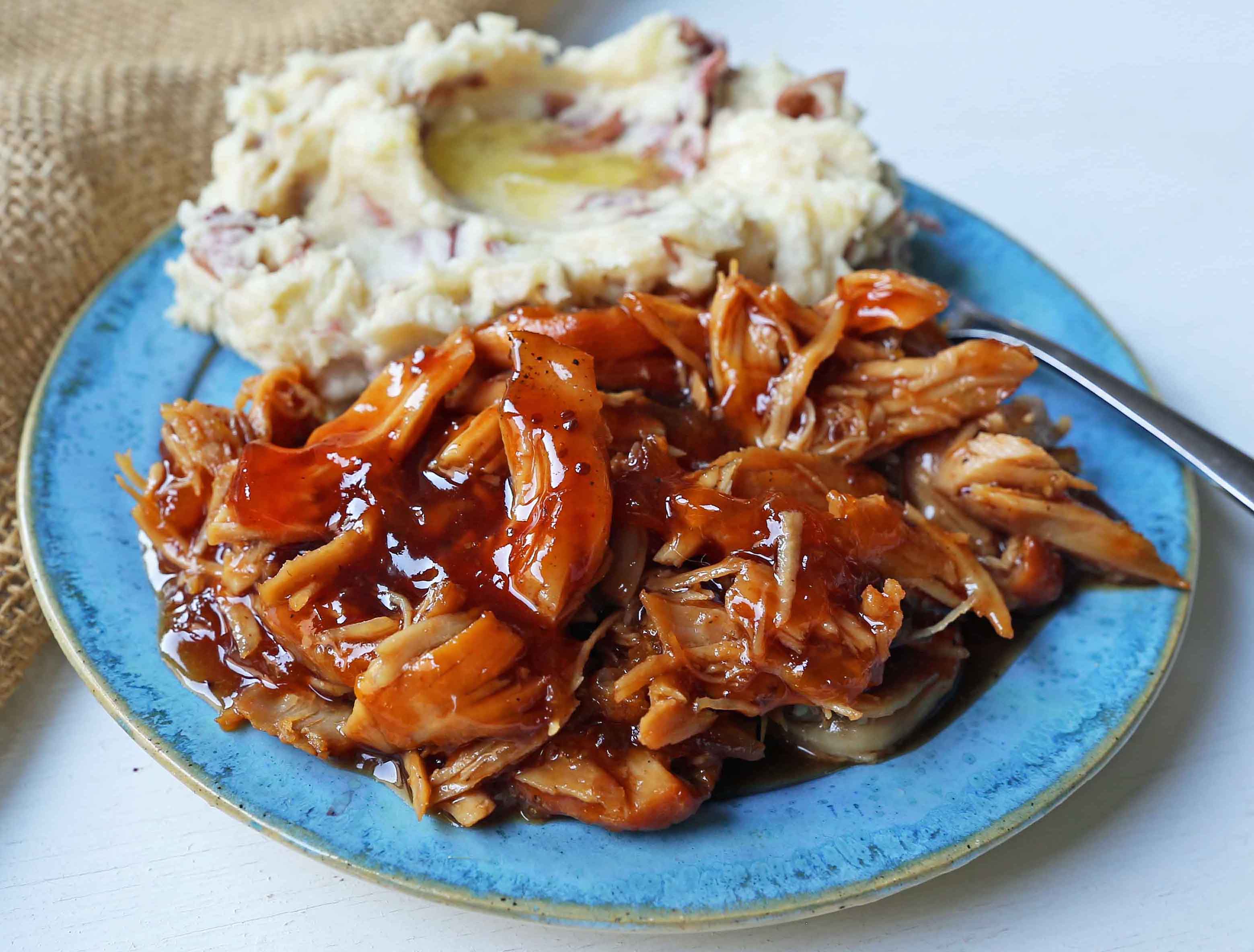 What should I serve this Peach BBQ Chicken with?

Great question! The sides are important since you want veggies that will complement the dish. Here are some of my favorite sides: 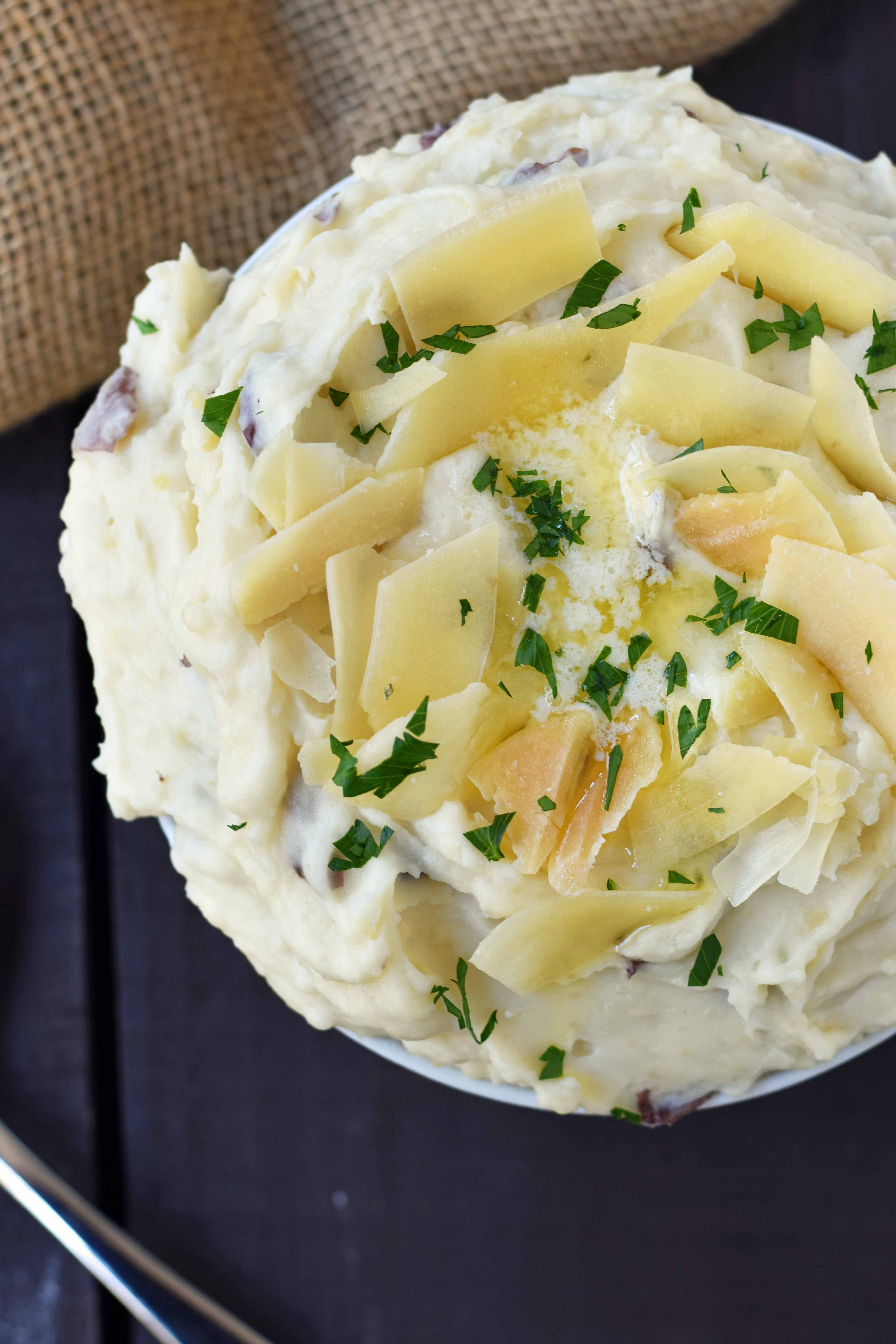 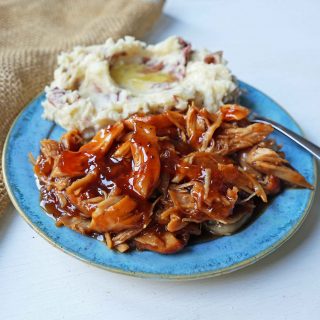 *May add ½ cup more BBQ sauce if you want it to be saucier. The peach jam comes through more, the less barbeque sauce. *I use hot brown mustard but you can use any variety of mustard 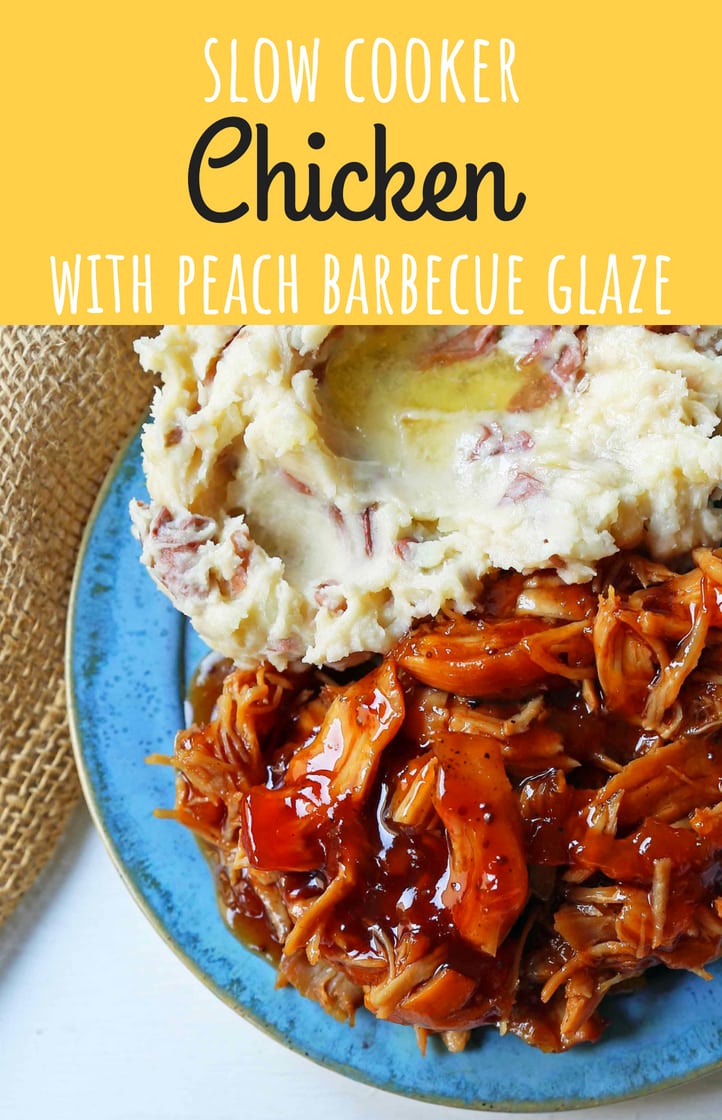